Laura has been in the music world educating and making music throughout her career. She obtained her Bachelor of Music Education, BME, from Acadia University in 1979 and has attended several conducting workshops and courses. Laura has served on several boards in Nova Scotia that advocate for music education and the music industry. She enjoys developing events that are creative musical experiences for the concert band community musician, enhanced with professional musicianship. After teaching in the school system in Cape Breton Laura has dedicated her recent time to further develop the Second Wind Community Concert Band, which she founded in 1993. They have blossomed into a wonderful performing group from their early beginnings almost thirty years ago. She is also especially interested in preparing youth for possible careers in the music industry as well as creating ensembles where any musician can take part in a grand musical experience. Her mottos are ‘Music For Life’ and ‘Community helping Community’. 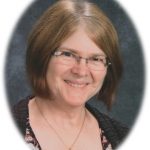 Margaret has been a music educator for over 30 years. She received a Bachelor of Music degree in 1979 from Arizona State University with a concentration in Concert Band and Choir. She currently teaches band on the Northside in Cape Breton and performs with Second Wind. Margaret enjoys playing euphonium, trombone, tuba, and French horn. Since moving to Cape Breton in 1988, she has performed with several local ensembles including the Cape Breton Orchestra, Cape Breton Brass, The Right Stuff (swing band), and various pit bands for musicals. Margaret enjoys learning from others in the musical community and sharing her music through teaching and performance.

Bruce is retired after 35 years with the Cape Breton Victoria School Board, including 25 years teaching instrumental music.  Bruce has played and conducted many musical ensembles including the Cape Breton Big Band, The Right Stuff (swing band), The Cape Breton Orchestra, and numerous other combos and jazz bands.