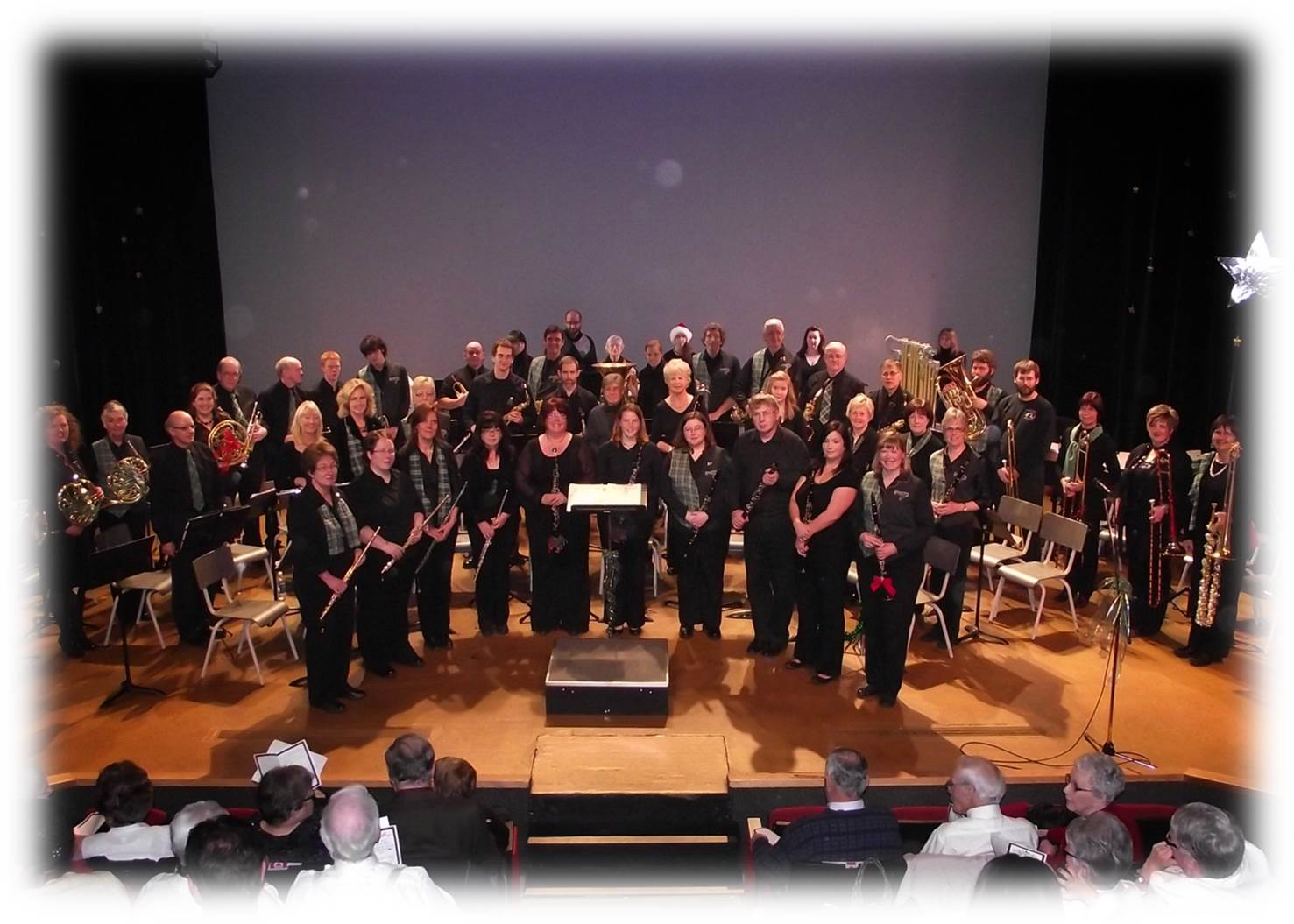 Second Wind Community Concert Band began in 1993 with members of our Cape Breton community that represent many different careers and musical backgrounds.  Over the years, the group has become a beautiful instrumental ensemble that has developed a diverse range of repertoire from classical to pop, and folk.  They have created many musical experiences for their members and audiences that have watched them mature musically throughout years.

Our band meets once weekly, and recently changed from Thursday to Wednesday nights, now 6:30-8:30pm. We play at a variety of events and concerts throughout the year and support two very special groups at our concerts. At our summer soltstice concert, we support the Music Therapy Hospice Palliative Care Society of Cape Breton County.   At our winter solstice concert, we support the Every Woman’s Center with our winter concert. We also support the Light Up a Life Campaign for Feed Nova Scotia and food banks, with CBC Radio One in Cape Breton.

Since 1998, Second Wind has sponsored the Cape Breton Community BandFest for the benefit of all Maritime community band members and bands. Band members from Halifax, Truro, Annapolis Royal, Glace Bay, Donkin and from PEI and New Brunswick have attended with some very special conductors and clinicians.

Second Wind still has various levels of talent and experience: from first time players to lapsed players who had musical training as children, to experienced performers, music educators, members of the Cape Breton Orchestra and even a couple of professional musicians. Whatever the level or reason for joining, we have become a closely knit and dedicated group, where rehearsals are considered an enjoyable social outing as well as a worthwhile musical learning experience.

The Second Wind is a second chance for us; it makes us take time for ourselves out of our hectic schedules to sit down on a regular basis, pick up our instruments and practice. Second Wind learned early in our development from a great Bandsman from Nova Scotia, Mr. Ron MacKay and from our founding conductor Laura Mercer, that “Music For Life” is a big part of our mandate. Come out and join us if you can!